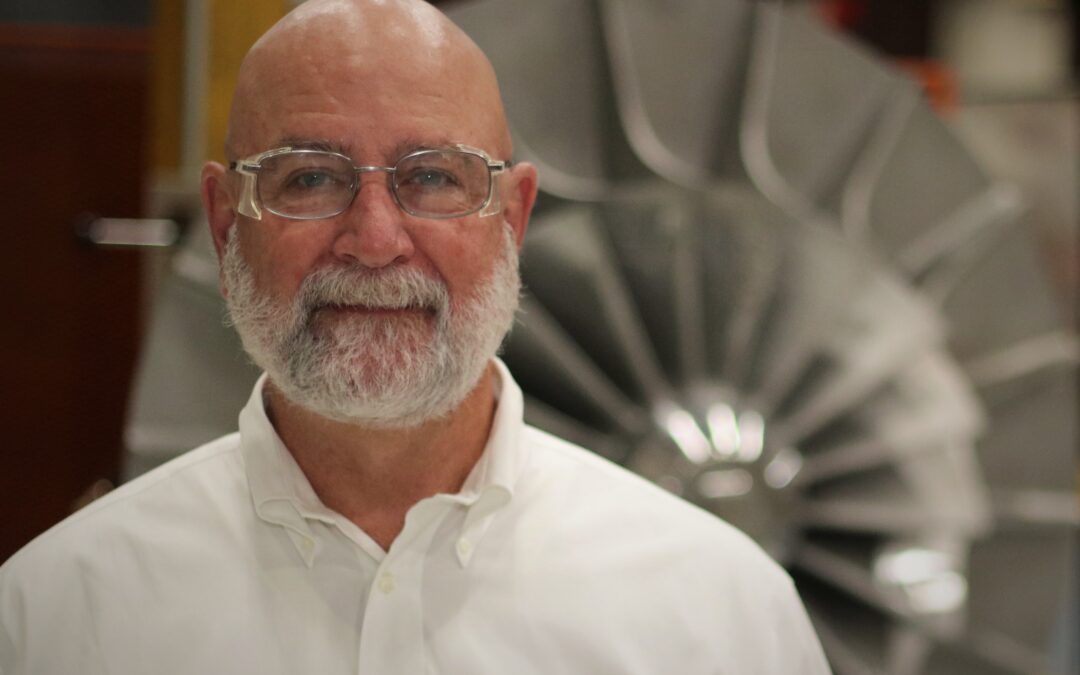 My career in rotating machinery started in 1982 when I joined Ingersoll-Rand as an application engineer in their Sales Division.  Since then my career has taken me to organizations like CONMEC, AC Compressor, Ethos Energy, and today Rotating Machinery Services. Working in the rotating machinery industry has allowed me to meet some incredible individuals including many of the people that make up the RMS organization, and I look forward to working with them again as the Product Director of Centrifugal Compressors.

My path to a career in engineering

I learned the value of hard work at a young age while I was employed as a farmhand in Eastern Ohio. I was part of a team of hired laborers and mostly focused on the heavy lifting of bailing hay. In those days, the farm equipment was still limited to square bails that the crew picked up off of the ground and loaded onto a tractor-drawn trailer, followed by off-loading into a hayloft. It was tough physical labor and I benefitted tremendously from the experience, especially appreciating the value of hard work in a team environment.

As you can tell I didn’t take up a career in farming and can thank my father for his influence on my career path. My father was a Mechanical Engineer and enjoyed repairing things around the house. Consequently, I was often enlisted as his helper for more complicated projects. I learned a lot from him and have fond memories of those afternoons and often late nights repairing the family car. I believe this experience and acquired knowledge saved me hundreds if not thousands of dollars. In my early adult years, I bought used vehicles and kept them running for years, often exceeding 200K miles. I once bought a car from Kurt Diekroeger, who is a current RMS salesman, in 1985 for $400 and kept it running for several years.

My start in rotating machinery

I graduated with a Mechanical Engineering Degree from the University of Delaware in 1982. During my senior year job search, I was invited to tour Ingersoll-Rand’s Phillipsburg, NJ facility. At that time, the Ingersoll-Rand Phillipsburg site had the manufacturing of Turbo Products and Cameron Pumps. During my walkthrough of the operation, there were Power Turbines, Hot Gas Expanders, large steam turbines, Centrifugal compressors, boiler feedwater pumps, to name of few of the pieces of machinery that caught my attention.

It was a dream for an engineer to design and manufacture engineered process equipment like the machinery I saw during my visit at Ingersoll-Rand and until that visit, I didn’t know what engineering function or professional discipline I wanted to follow. At the time, Ingersoll-Rand had a very strong sales organization with a consultative approach to selling. The folks recruiting me were promoting a career path in sales, and I accepted the position of application engineer at Ingersoll-Rand in 1982.  The first three years included training and development assignments at the I-R facilities in Phillipsburg, NJ and Painted Post, NY followed by a branch assignment in Houston, TX.

I worked as an application engineer for several years at the Ingersoll-Rand branch office in Houston, TX. During this time Ingersoll-Rand went through many changes including the consolidation of the Pump and Compressor businesses culminating with the Dresser-Rand joint venture. Shortly after the joint venture was established in 1987, I accepted an appointment at the Dresser-Rand Painted Post operation as a project engineer/project manager for process reciprocating compressors. I remained in this role for two years and kept in contact with former colleagues that chose not to remain with the joint venture.

My career moves to CONMEC and AC Compressor

I was following the development of CONMEC and knew colleagues from Ingersoll-Rand that had joined their team. Eventually, I was recruited to join the CONMEC team as a regional sales manager located in Baton Rouge, LA. CONMEC offered me an opportunity to move into a sales role, which was something I had the ambition to do since accepting the application engineering role with Ingersoll-Rand at the start of my career.

I accepted the job at CONMEC and moved to Baton Rouge in early 1990. I recall that I was the 18th employee to join CONMEC and I knew, or was acquainted with, many of the folks at CONMEC from our days at Ingersoll-Rand, which made the transition easy and enjoyable. My role was to focus on business growth for CONMEC and drive the market penetration of engineered solutions within the power generation, pulp and paper, petrochemical, refining, and gas pipeline sectors across a seven-state area. CONMEC enjoyed great success during my time there and was eventually was acquired by AC Compressor.

Several months after the acquisition of CONMEC by AC Compressor, I was approached by former colleagues in Painted Post, NY to return to Dresser-Rand, specifically in the services side of the business. I accepted the offer and this began my development as a manager and leader.

This phase of my career was probably the most important for my professional development. The business was growing quickly, providing numerous opportunities to contribute and add value. There were several appointments and promotions and eventually I was appointed to the role of Global Director of Engineered Solutions.

Looking towards the future

I look forward to working at RMS as the Director of Centrifugal Compressors and see this new opportunity as an exciting new career evolution. My entire career has been in the rotating machinery business, particularly engineered process equipment. Joining the RMS team is an opportunity to bring my experience, add value as a leader, and collaborate with other like-minded people. I would say my primary motivator is to enjoy what I am doing professionally.

In this new role, my objective is to bring focus and structure to the Multi-OEM Centrifugal Compressor business at RMS. I don’t want to complicate things organizationally. I intend to focus on a few areas, such as establishing standard work processes in compressor repair, particularly rotors, leveraging current technology to differentiate us from our competitors and develop impeller manufacturing capabilities within the RMS enterprise.

Simply put, my goal is to grow the RMS compressor business. Until the acquisition of AC Compressor and CONMEC, RMS was known mostly as a Multi-OEM rotating machinery service provider. The acquisition of CONMEC has provided the opportunity to leverage the installed base and intellectual property that many of us were part of 30 years ago. That said, we are not limited to our existing portfolio and have the engineering capability and expertise to support our clients with critically important equipment, regardless of legacy.