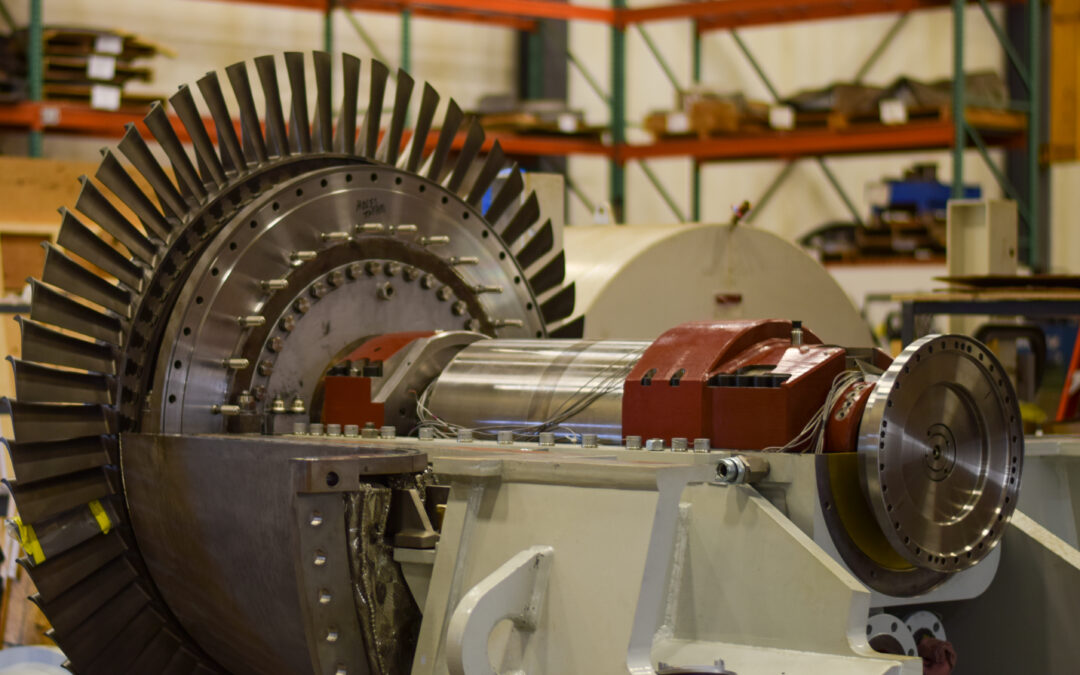 RMS recently completed repair and overhaul of a GEC FEX-125HT expander. This FCC Expander is used in the refinery FCC unit power recovery train and is rated to generate over 27,000 shaft horsepower; roughly equivalent to 56 C8 Corvettes.

The rotor, bearing, and seal assembly as well as the intake casing assembly were removed from service during a routine planned maintenance outage and shipped to the RMS facility in Bethlehem, PA for disassembly and inspection.

The inspection findings were typical for this model expander after completing an operating campaign. Erosion cutting was found on the rotor blades and disc tenons and the large, thin, hot casings were found to be distorted and out of round. RMS personnel have extensive experience repairing hot gas expanders and made efficient work of the repair.

New rotor blades were manufactured, casings were weld repaired and re-machined as required, and new hardware supplied. At the completion of repairs, the rotor was assembled and balanced, and the rotor bearing, seal assembly, and the intake casing assemblies were re-assembled. All critical clearances and fits were verified in the shop facility. The major sub-assemblies were then preserved as required and shipped to the customer’s warehouse, waiting to again be called back into service at the next unit turnaround.